This breakfast burrito stuffed with bacon, egg and hash browns give you the perfect start to the day! They're an impressive but easy to make breakfast. 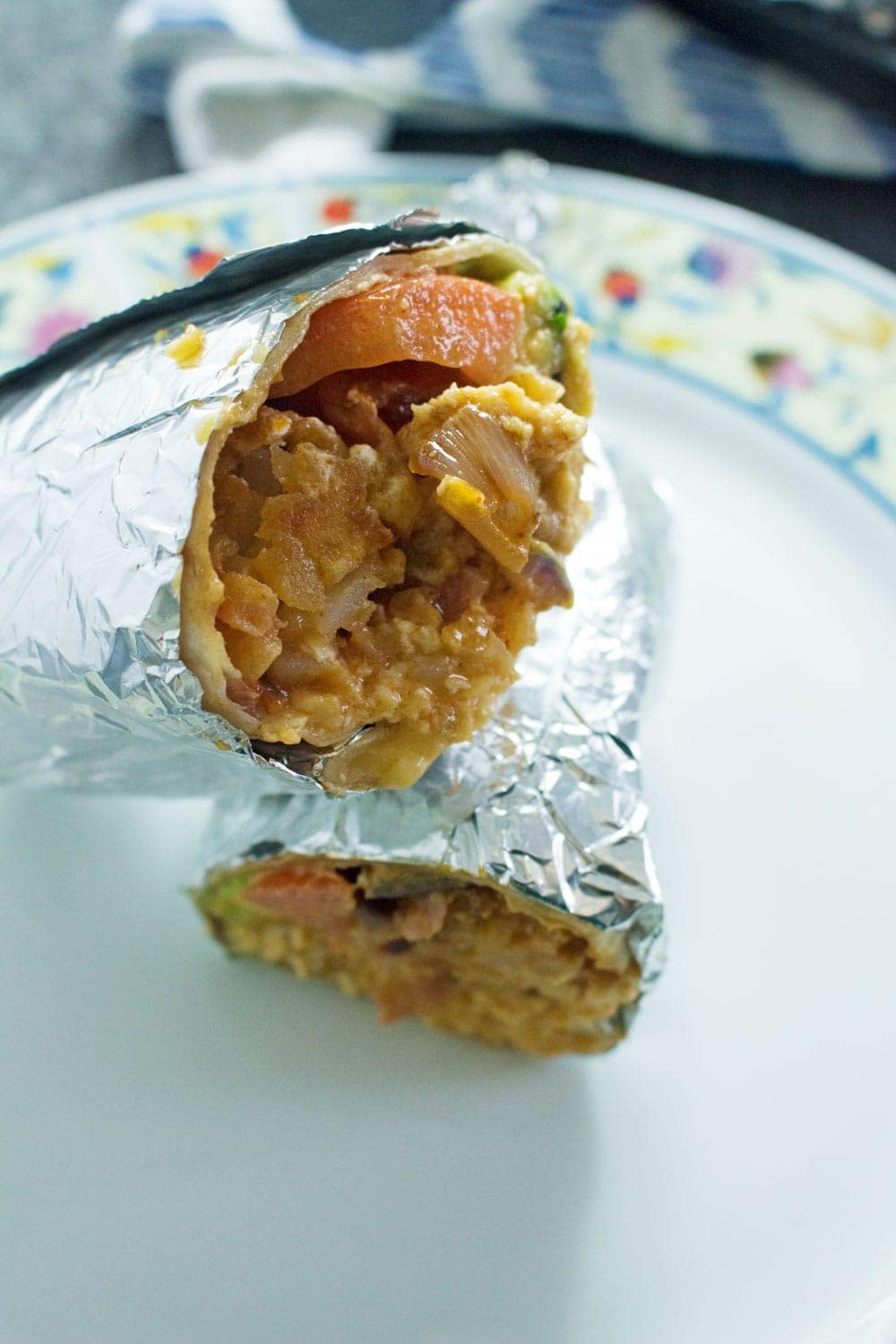 When we went to California last year Will had his first ever breakfast burrito and it's safe to say he was a big fan. In fact, I think he indulged in a fair few breakfast burritos while we were out there since they're unfortunately not much of a thing over here. 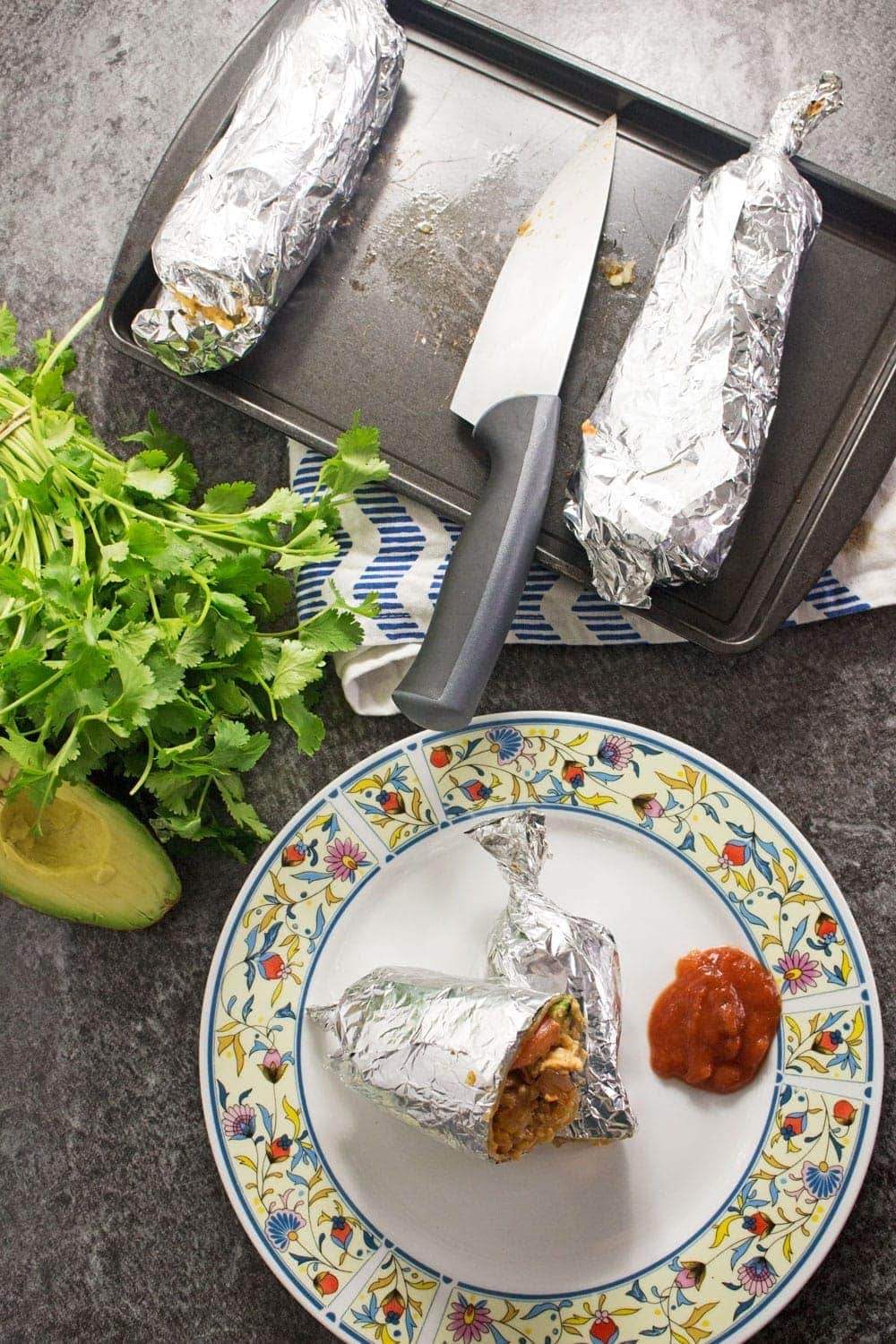 Let's be real here breakfast burritos are a pretty brilliant idea aren't they? First of all, starting your day with Mexican food is always going to make your morning better. Second, you're making a burrito, one of the greatest foods known to man, but you're putting bacon in it. I rest my case. 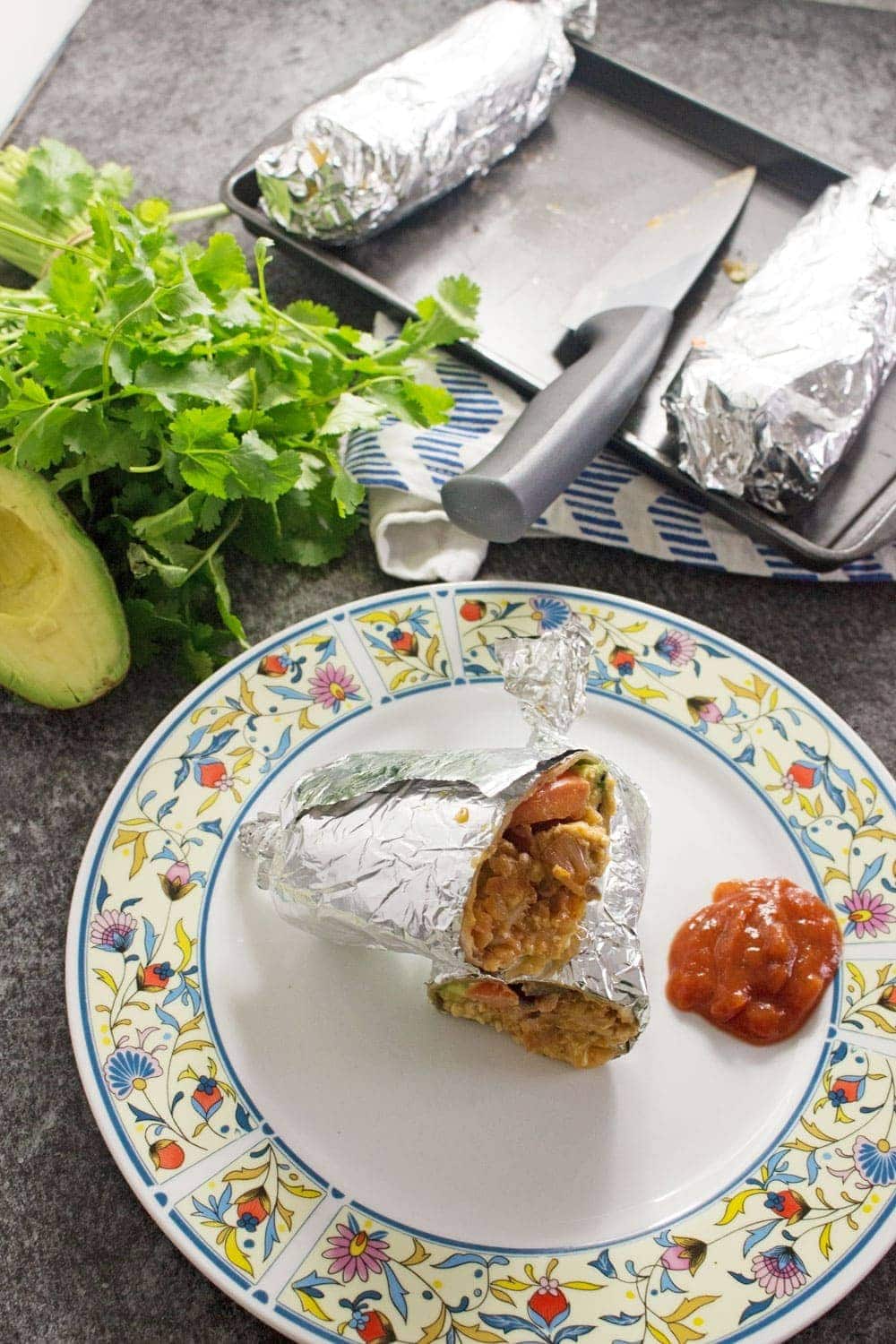 Probably my favourite thing about this breakfast burrito is that it has hash browns in it. I really really love hash browns. They're probably the best thing ever done with a potato.Apart from mashed potato. Or roast potatoes. Or curly fries. Oh potatoes I love you. 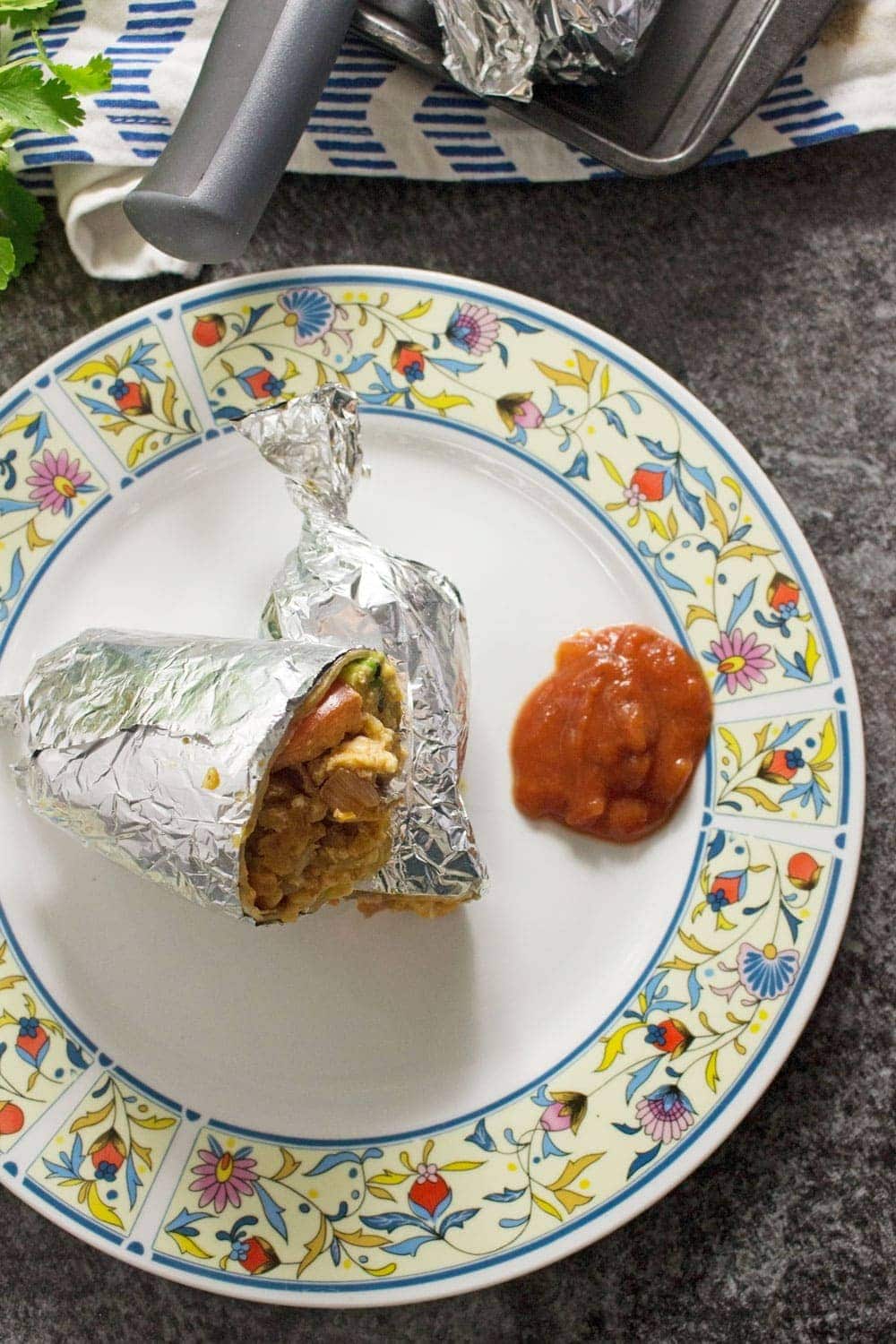 Anyway, now that I've finished my ode to the potato, give this breakfast burrito a try, it's deeeelish! 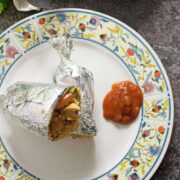 Did you make this recipe?Tag @amycookreport on Instagram and hashtag it #thecookreport!

WONDERING WHAT TO DO WITH THE LEFTOVER INGREDIENTS YOU’VE GOT FROM MAKING this bacon, egg & hash brown breakfast burrito? 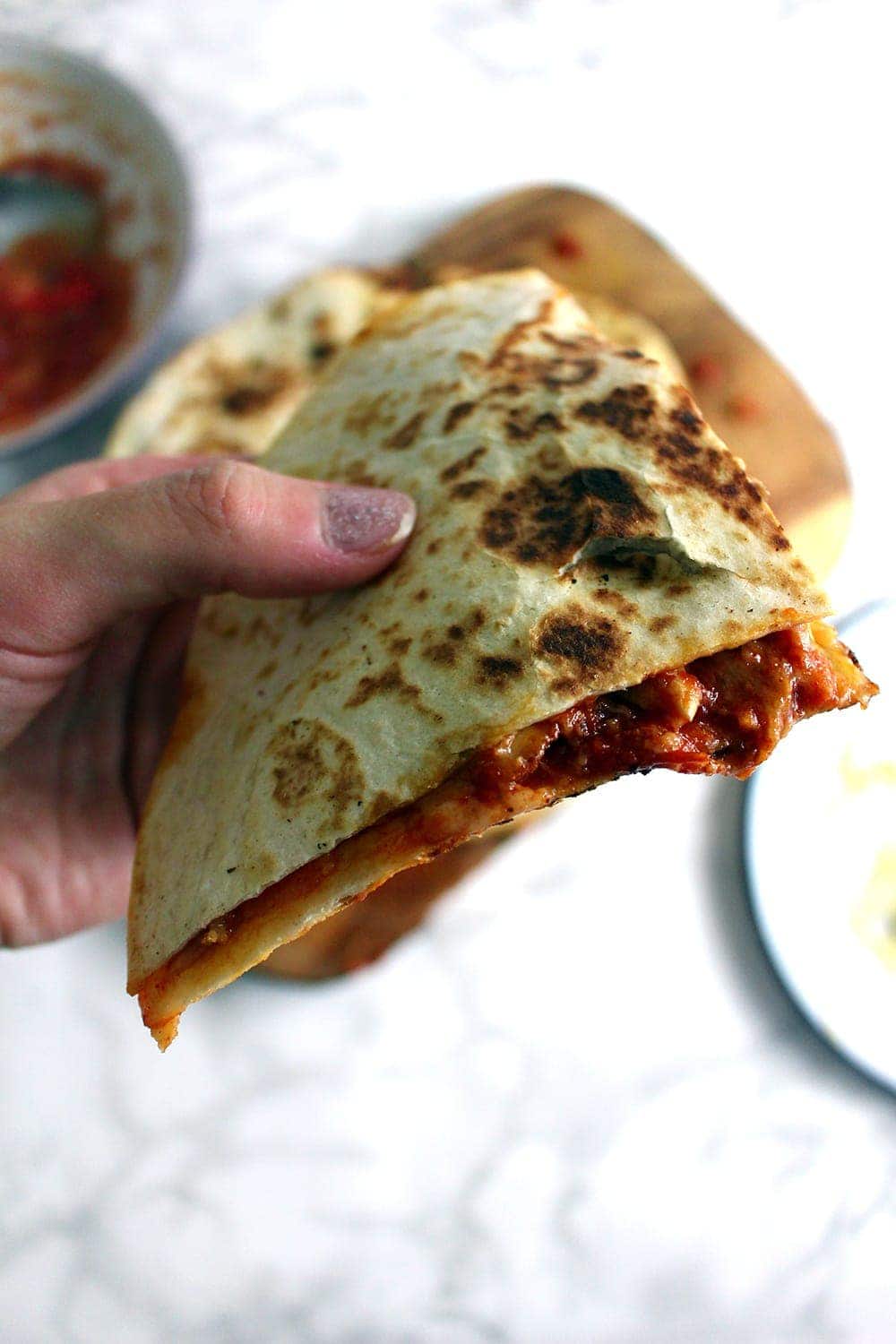 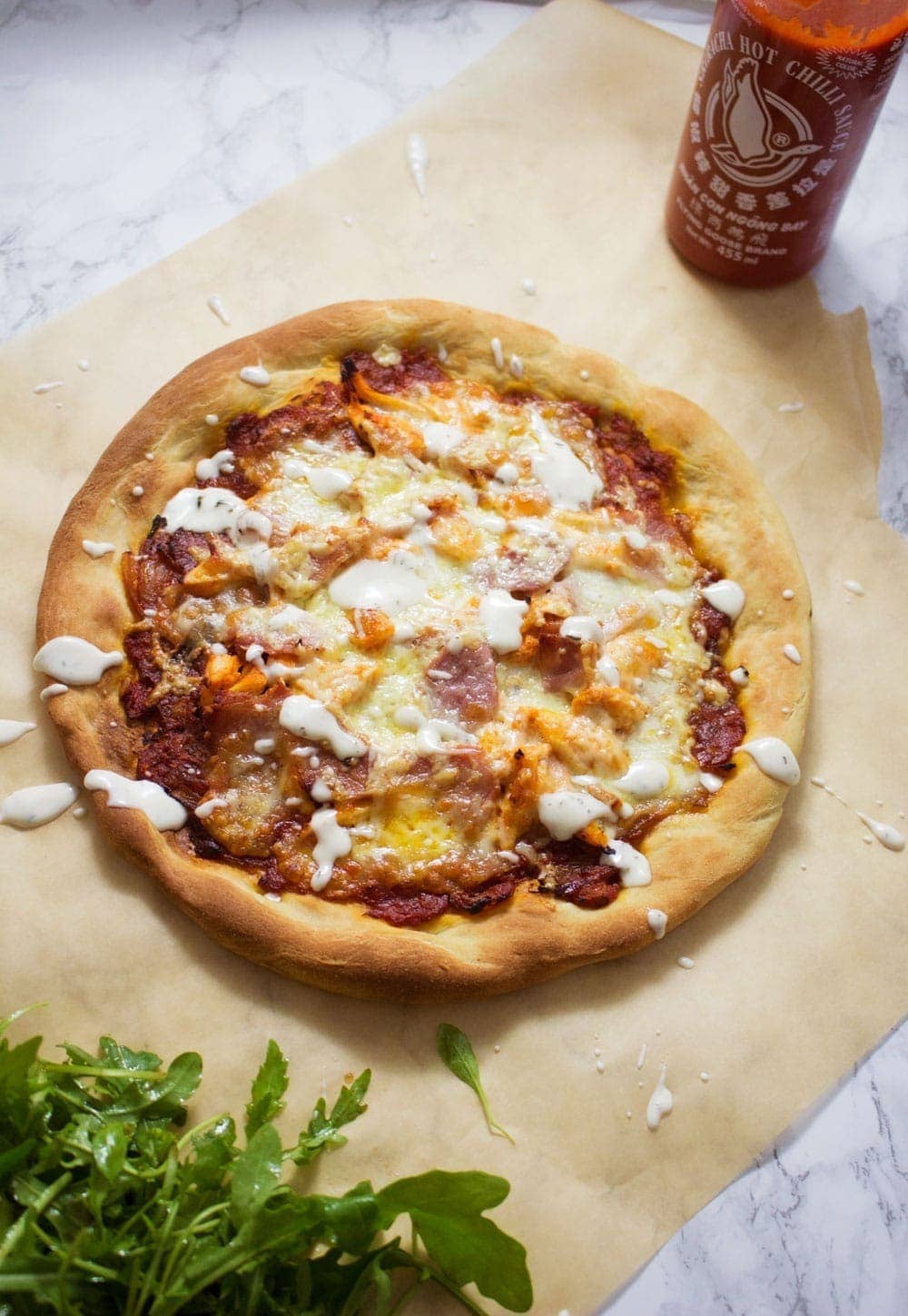