This paneer tikka masala takes just five ingredients and half an hour to make and tastes so good! Serve with your favourite grain and buttery naan bread.

Paneer is such a brilliant ingredient to use in vegetarian cooking. The firm texture makes it a filling alternative to meat and it works so amazingly well in a slightly spicy tikka masala sauce.

Veggie curries are my jam. Whether it's a simple dal, a creamy cauliflower curry or made in the pressure cooker, they're such a good way to eat vegetarian.

For a long time I really held out on trying paneer.

I have no idea why, I don't know if it was just the whole idea of cheese in curry that freaked me out or the fact that it's sometimes translated as cottage cheese on menus even though it bears no resemblance to the bright white watery stuff I'm used to  but then I tried adding halloumi to curry (in this cashew nut curry with halloumi, it's amazing) and realised that cheese is as good in curry as it is in everything else.

Why we love this paneer tikka masala: 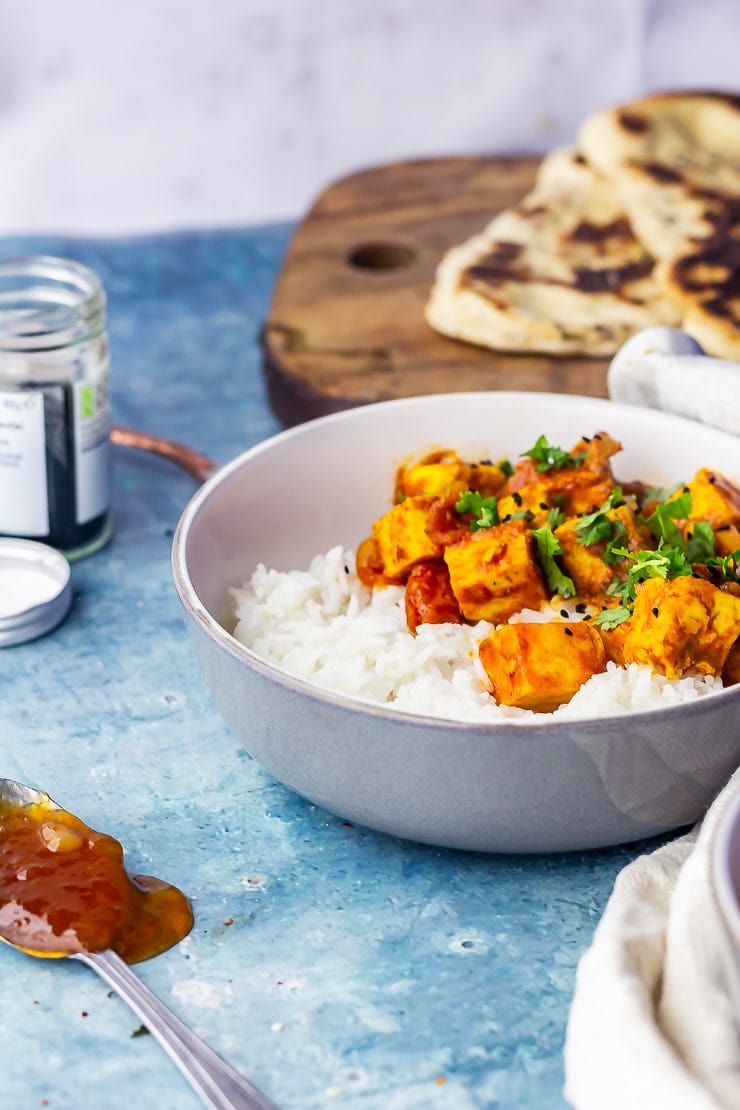 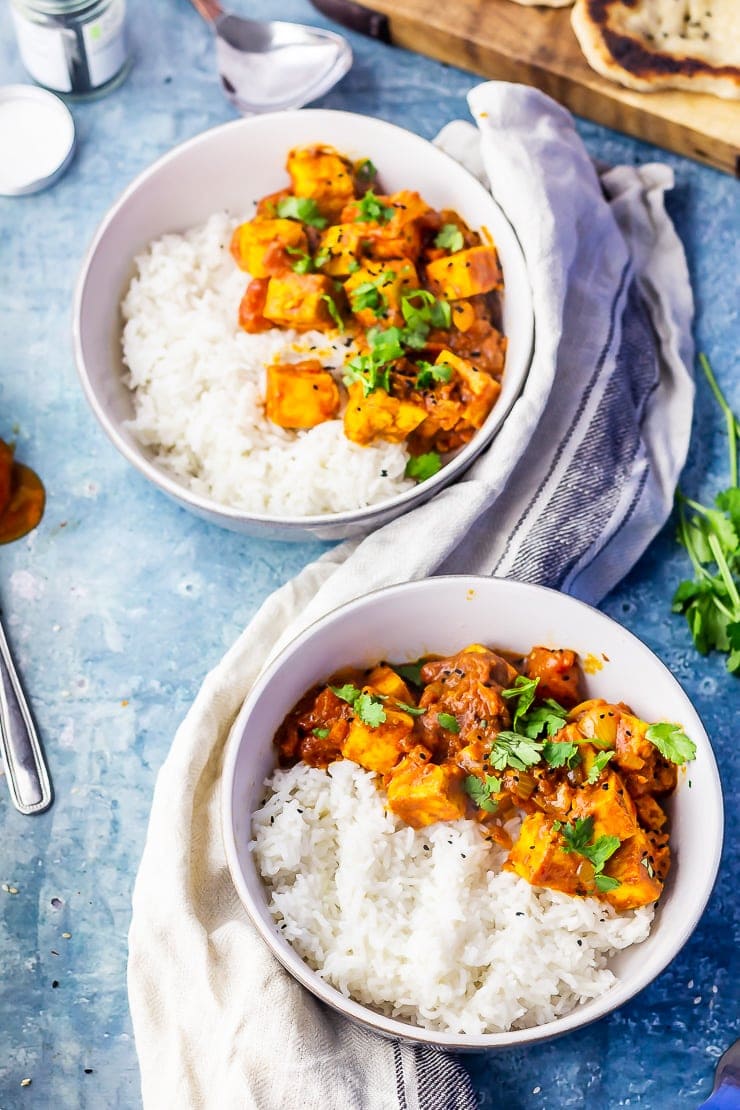 Paneer is a non melting cheese commonly used in Indian, Nepalese, Bangladeshi and Pakistani cuisine. It has a mild flavour and works perfectly in rich curry sauces like this tikka masala.

Paneer and halloumi are similar in that they can both be heated without melting but paneer has a milder flavour than halloumi.

Where to buy paneer?

Luckily, since paneer is so delicious, it's pretty easy to get hold of. I find it in the cheese section of any supermarket. Try looking in the speciality cheese section if you're struggling to find it so that you can make all kinds of paneer recipes!

Paneer has a pretty mild flavour which means it's perfect for adding lots of spices to as it's a great vehicle for anything you want to add to it.

The first time we made paneer was actually only a few months ago. Two of our friends came over for a big lunch and we made a feast full of different kinds of curry and one of those was a paneer curry.

It tasted amazing and was definitely the hit of the dinner party so we were keen to try making paneer again soon. 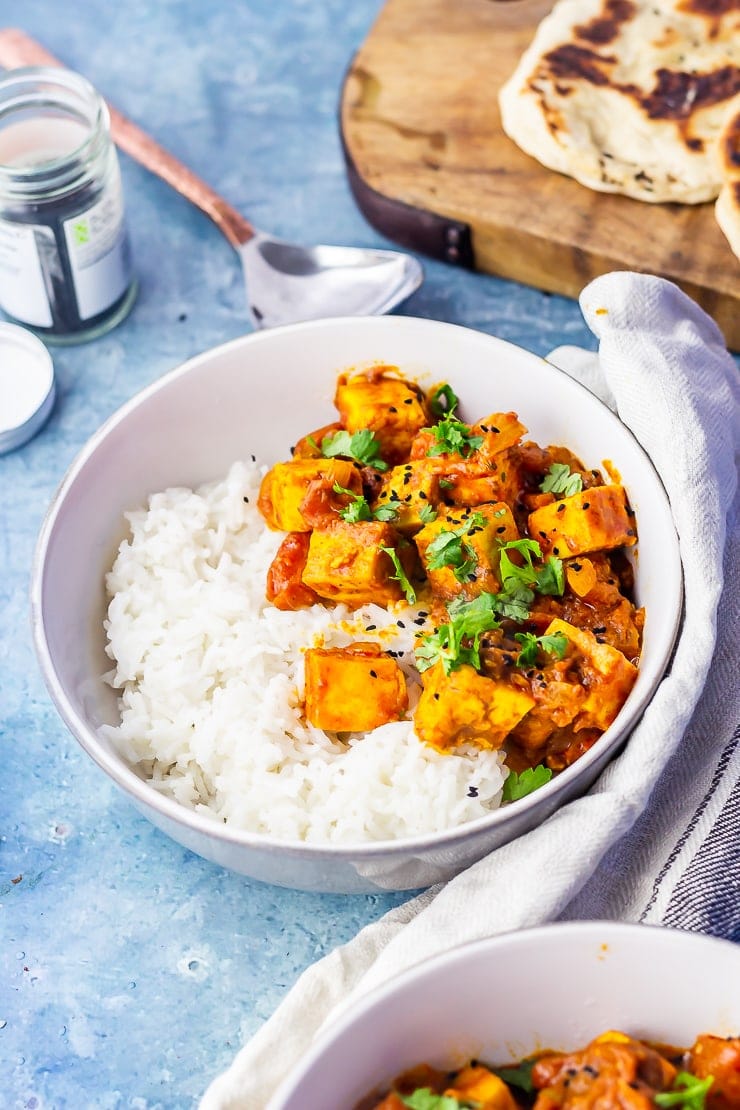 So the next time we wanted a quick, easy dinner with a bit of spice we decided to go down the paneer route. The best thing about this curry dish is that it takes so few ingredients.

Now you could definitely go with a homemade spice paste. I normally would and I applaud you if you're keen for that even on the busiest or laziest of weeknights. But on some nights I just want to get it out of a jar.

We normally go with Pataks, their spice pastes are pretty reliable and we'll often have a jar of it on hand incase we need a super quick dinner. 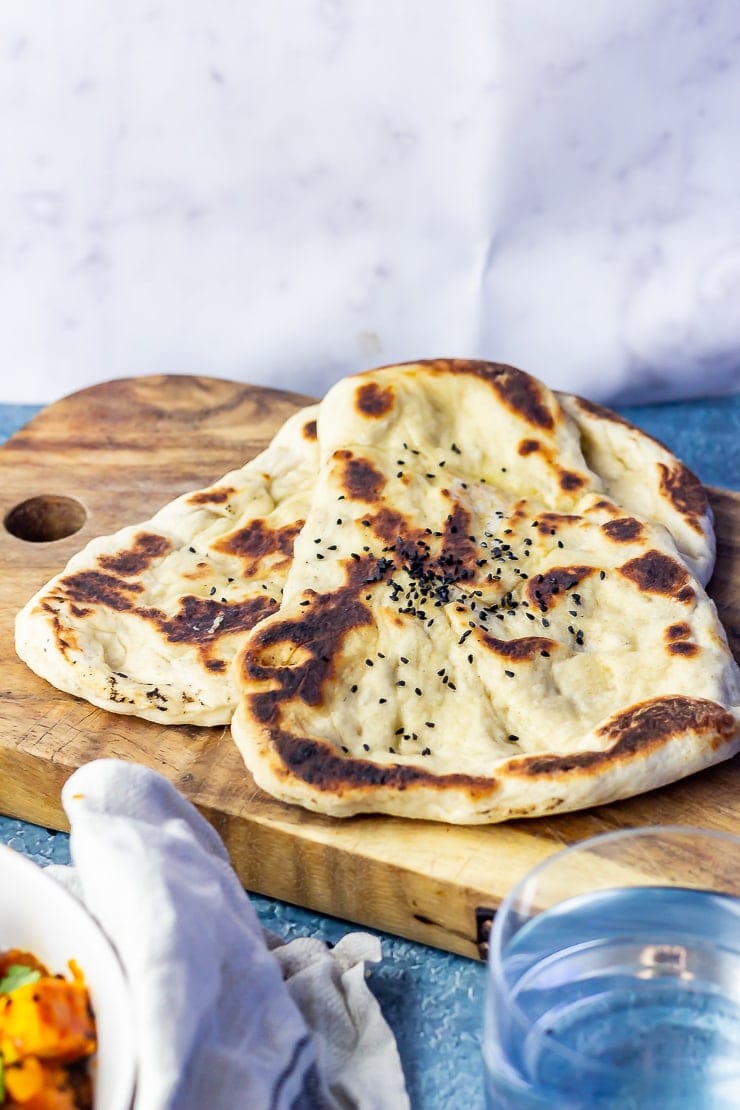 INGREDIENTS YOU NEED TO MAKE THIS PANEER TIKKA MASALA:

I love how few ingredients are needed for this paneer curry. If you feel like upping the veg content then you could totally add a few handfuls of spinach leaves or another green vegetable but honestly I think it's pretty perfect how it is. 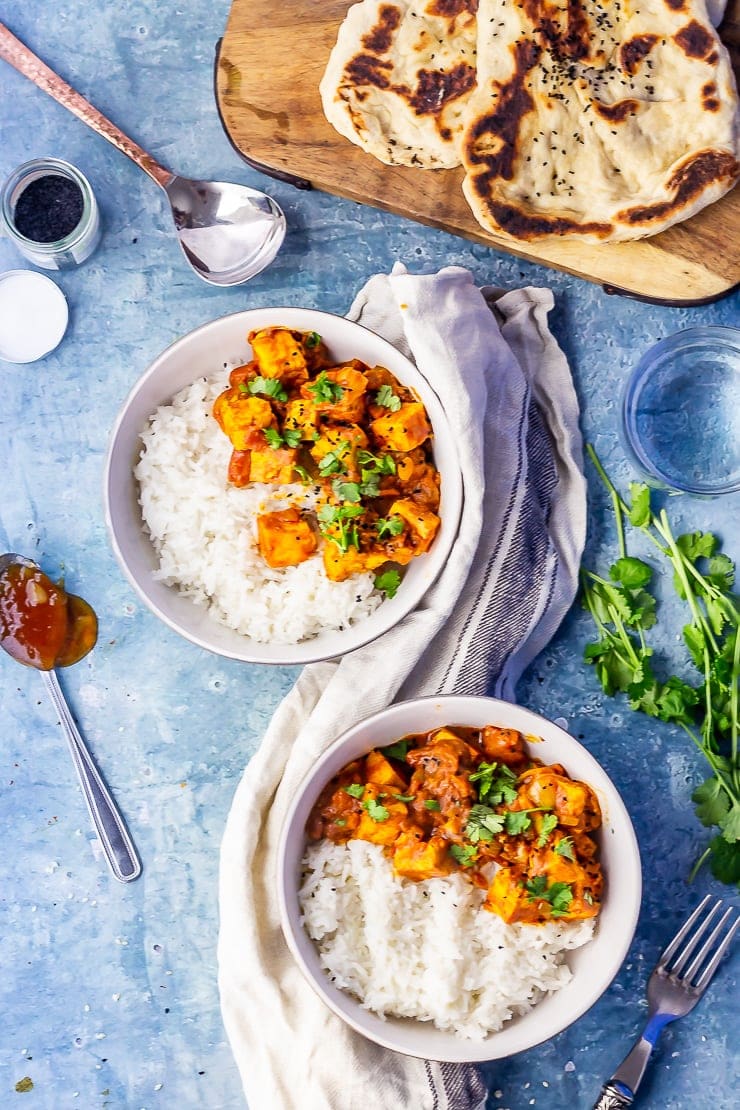 It takes just a few steps to make this paneer tikka masala. It's the perfect comfort food and just the thing you need now that the weather is getting a little cooler.

I can't think of anything better to curl up with than a big bowl of this paneer curry piled on top of fluffy white rice with a big old naan bread on the side.

You definitely shouldn't miss out on that naan bread, Will makes his own and it is so delicious.

HOW TO MAKE PANEER TIKKA MASALA (STEP BY STEP):

Keep scrolling to get the full printable recipe... 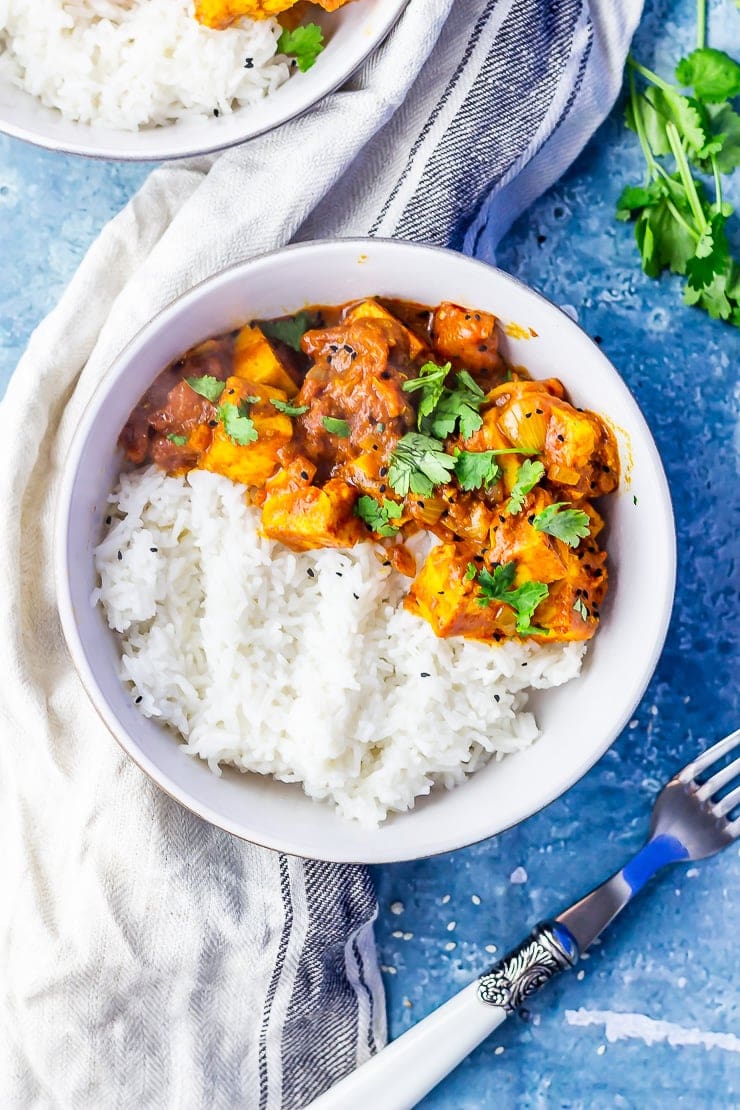 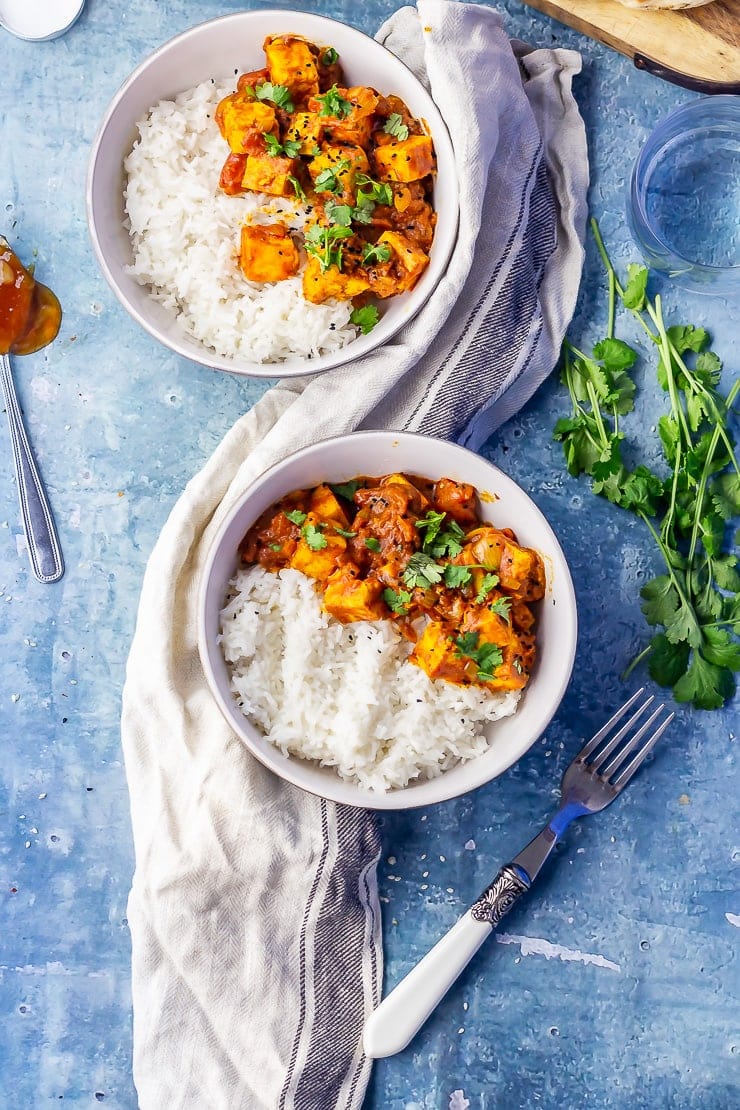 Want more? Try these other vegetarian curry recipes before you go! 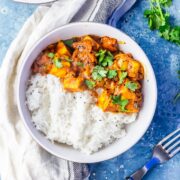 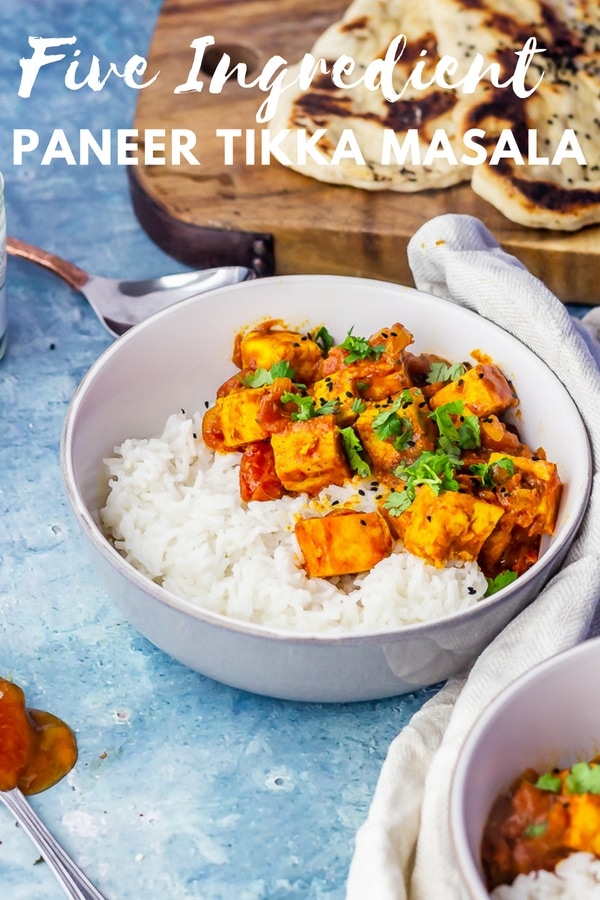