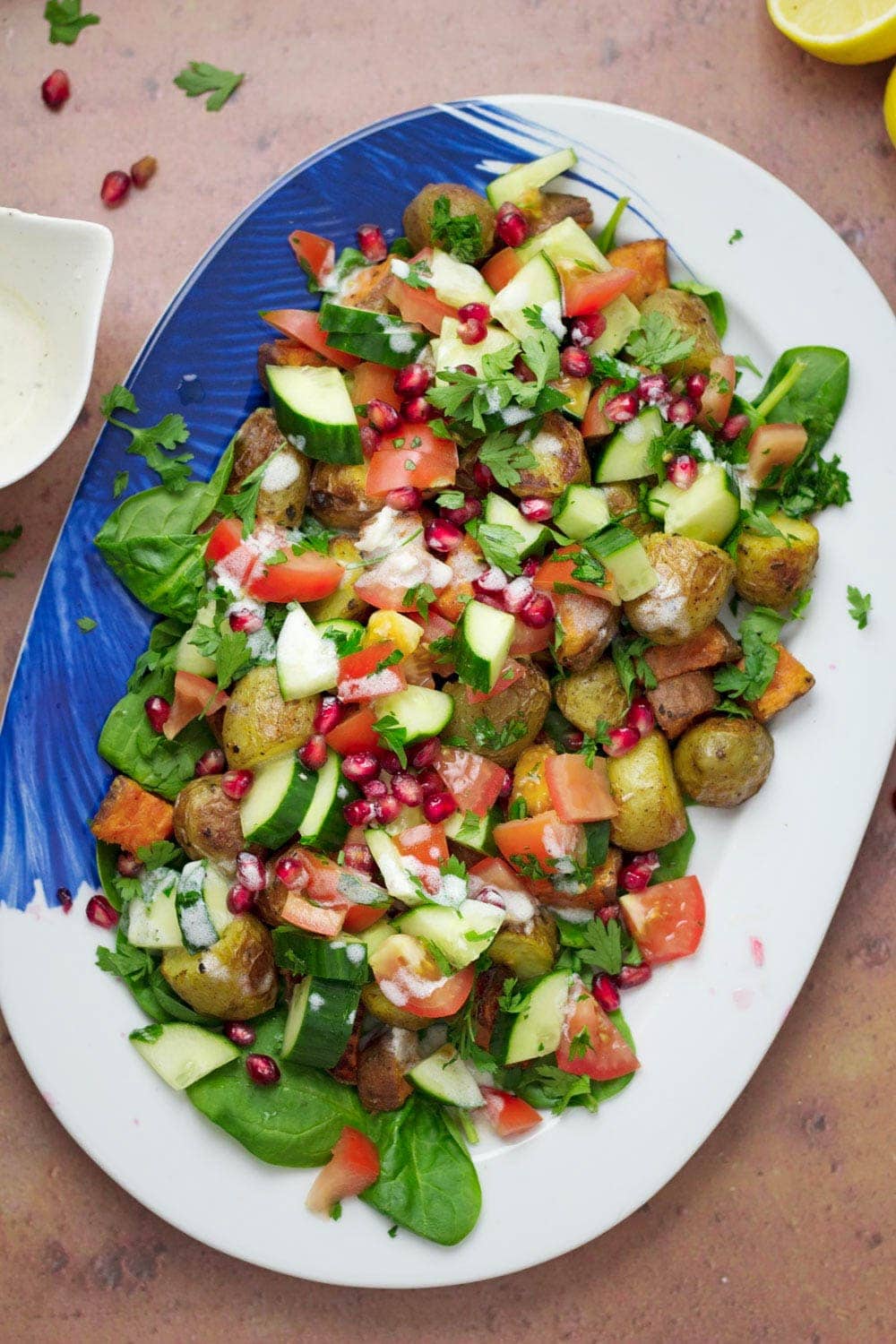 How good does this salad sound right now? It's the perfect combination of filling and fresh.

As much as I love having nice, healthy salads for dinner in the summer I find it VERY difficult to let go of the carbs so a salad like this is where it's at for me.

I get lots of yummy carbs all in the cloak of a healthy, healthy, green-filled salad. Plus there's all kind of other goodies in here that scream summer to me.

Why we love this potato salad recipe:

Ingredients you need to make this roast potato salad:

Keep scrolling to get the full recipe for this roast potato salad with sumac dressing... 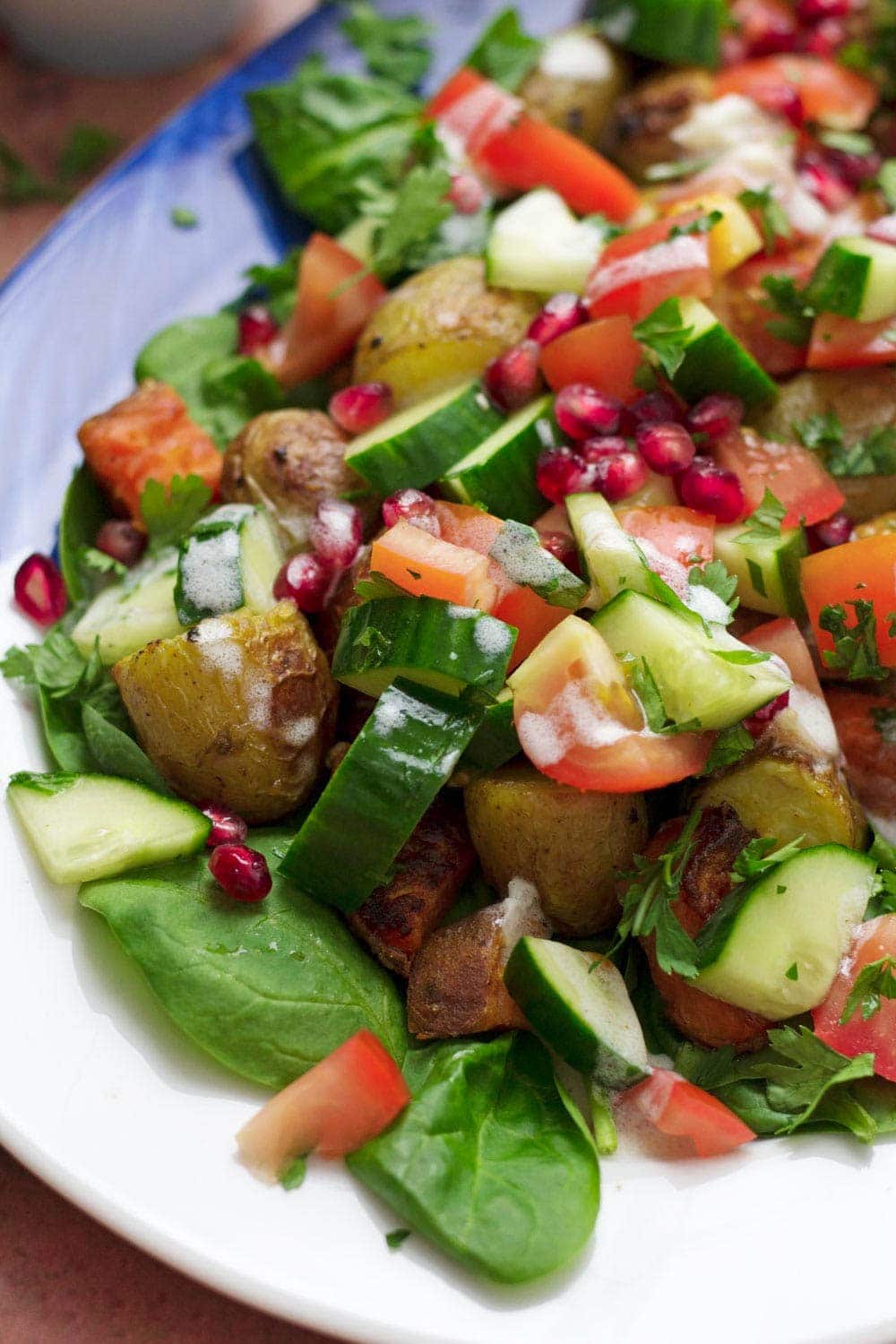 I've been craving potato salad a lot recently. Maybe it's because we had loads of baby potatoes kicking around the fridge which I'd bought with the intention of making various different recipes which had sounded great at the time but suddenly weren't holding any appeal.

Every time I saw that bag of potatoes all I could think was potato salad. The super delicious, super unhealthy mayonnaise filled kind my mum would make occasionally when I was a kid.

My mum fed me pretty healthily but if something was meant to have mayonnaise in it then she made sure it had plenty of mayonnaise, otherwise what's the point?! 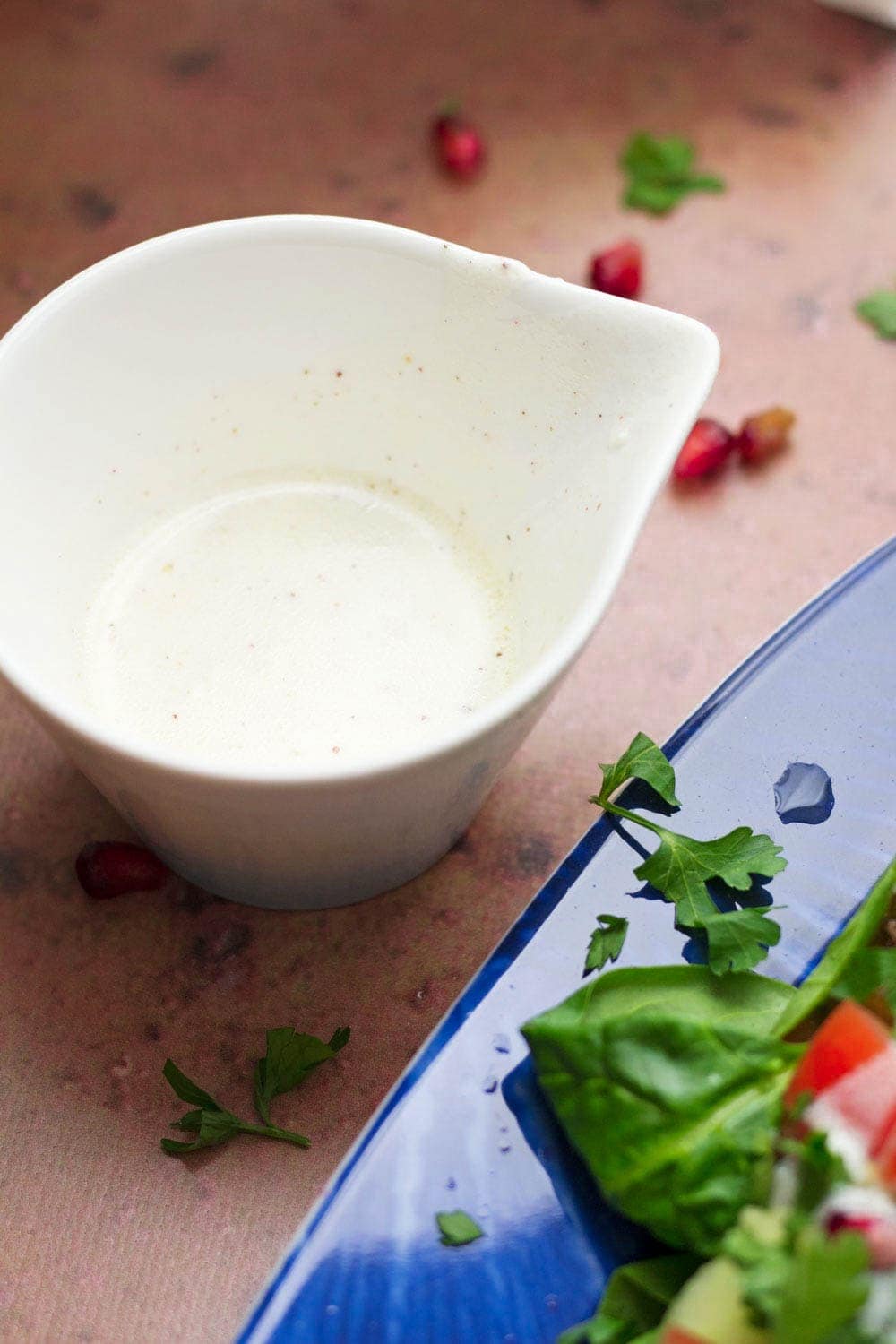 When we discussed what we should do with these potatoes that were calling out to be used I vaguely floated the idea of a potato salad and after a bit of back and forth (most of our dinners are decided via texts back on forth while I'm on the way home from work and ravenous) we decided to mix up the classic potato salad a little bit. 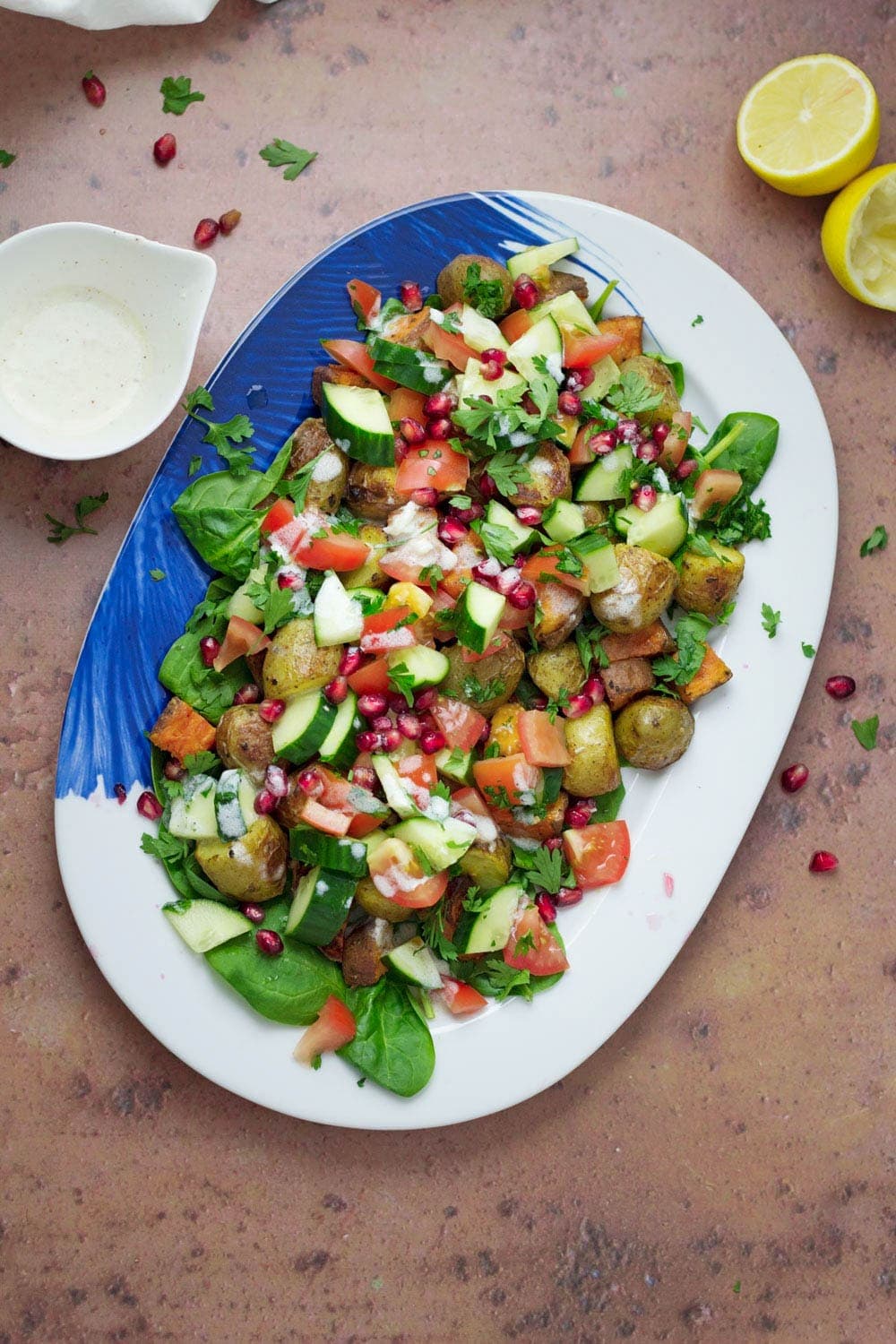 What that resulted in was this absolutely delicious roast potato salad. The potatoes are par-boiled before being shaken around in a saucepan with cornflour so they get a bit fluffed up and the cornflour sticks all over them.

I suppose you could skip that step but I'm assuming you're not insane and are therefore after a super crispy potato, no?

Next step is to add them to some hot oil you've had in the oven and let them roast for as long as it takes them to get simultaneously soft and crispy. Ours took about half an hour. 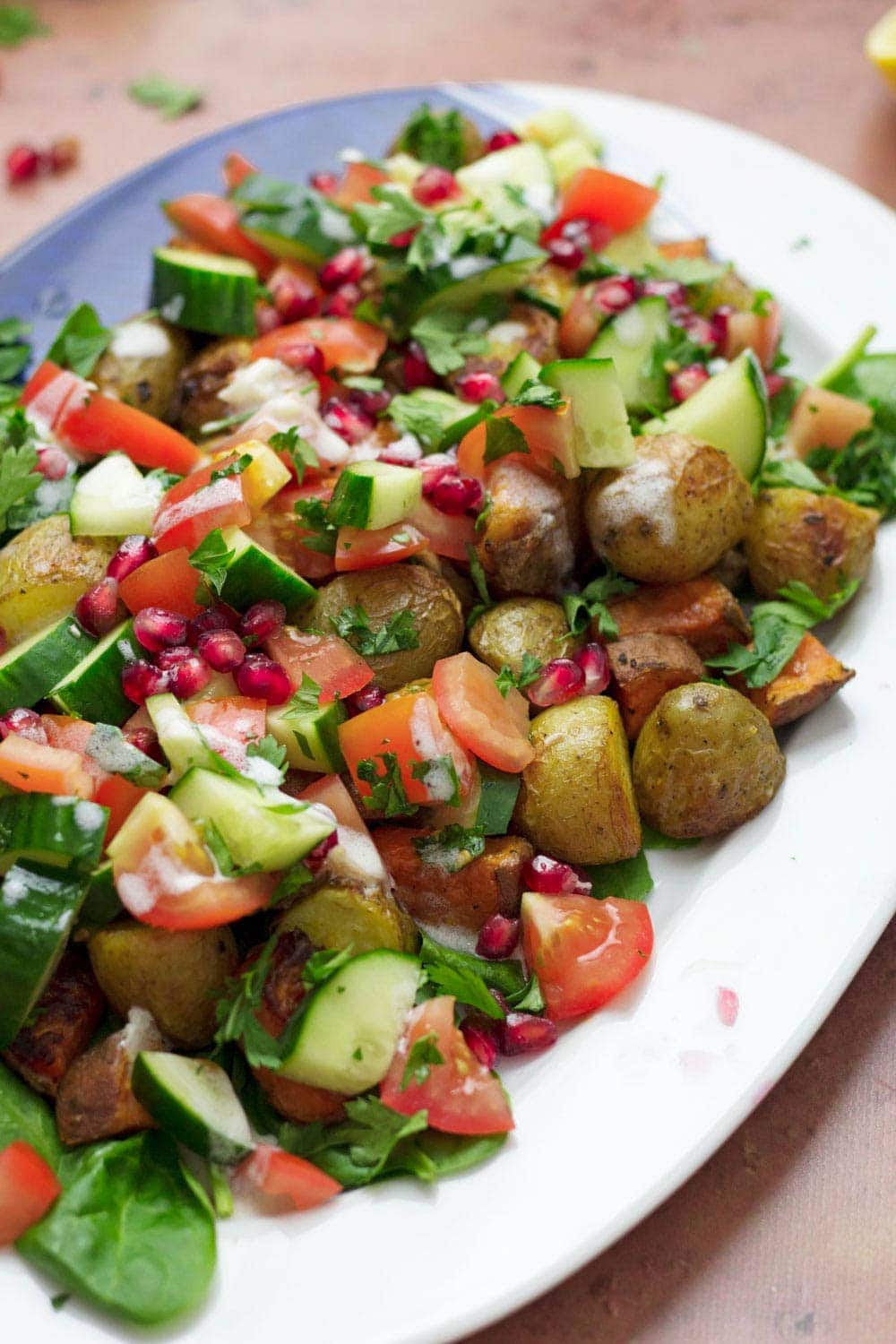 After that it's just a case of using the heat from the potatoes to wilt your spinach a little then throwing everything on a serving platter.

Drizzle with a little dressing and make sure there's plenty more to go around once everyone has served themselves for pretty much the ultimate potato salad.

Speaking of dressing, let's just take a minute to consider how well the tanginess of the Greek yoghurt works with the bright, citrussy flavour of the sumac. 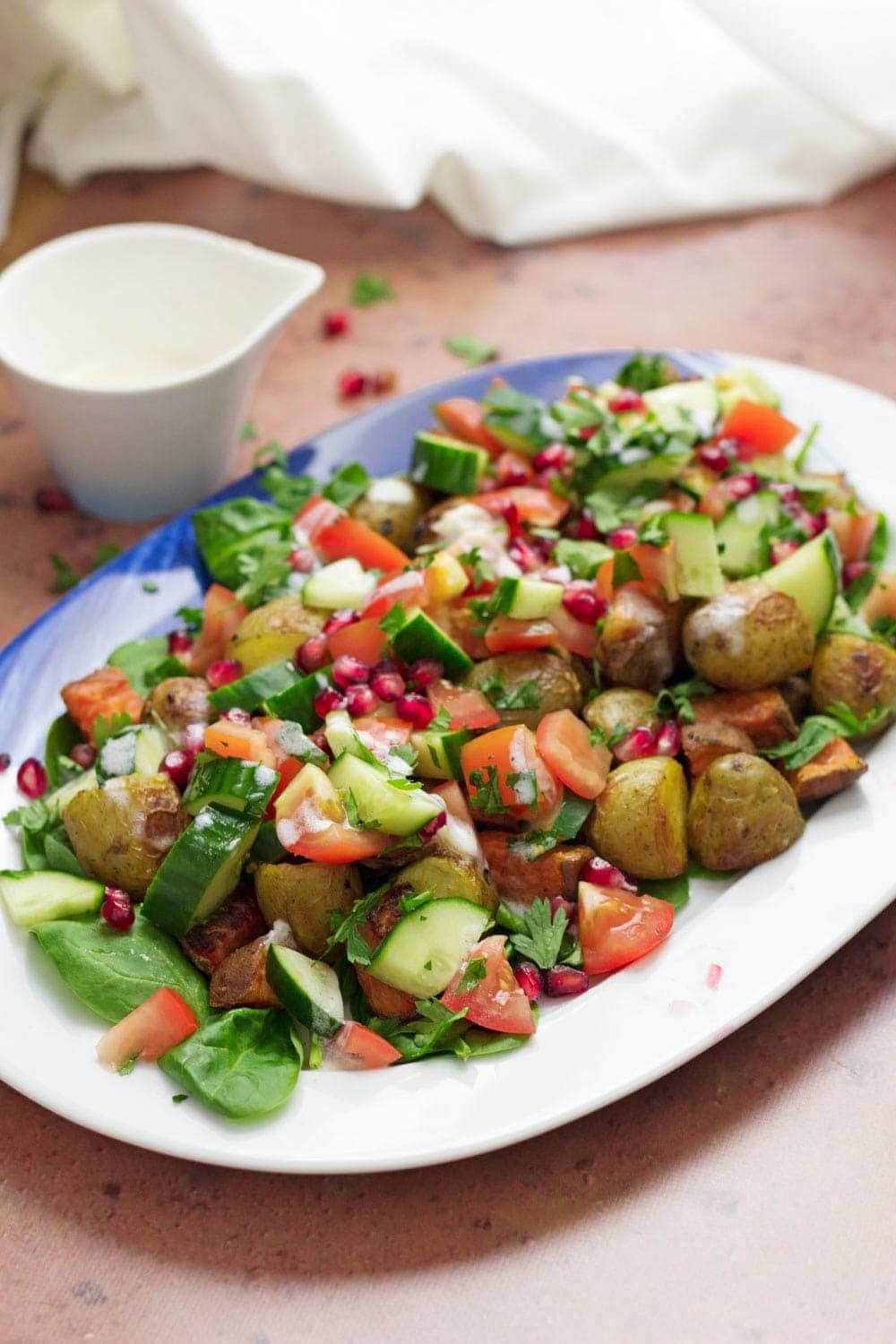 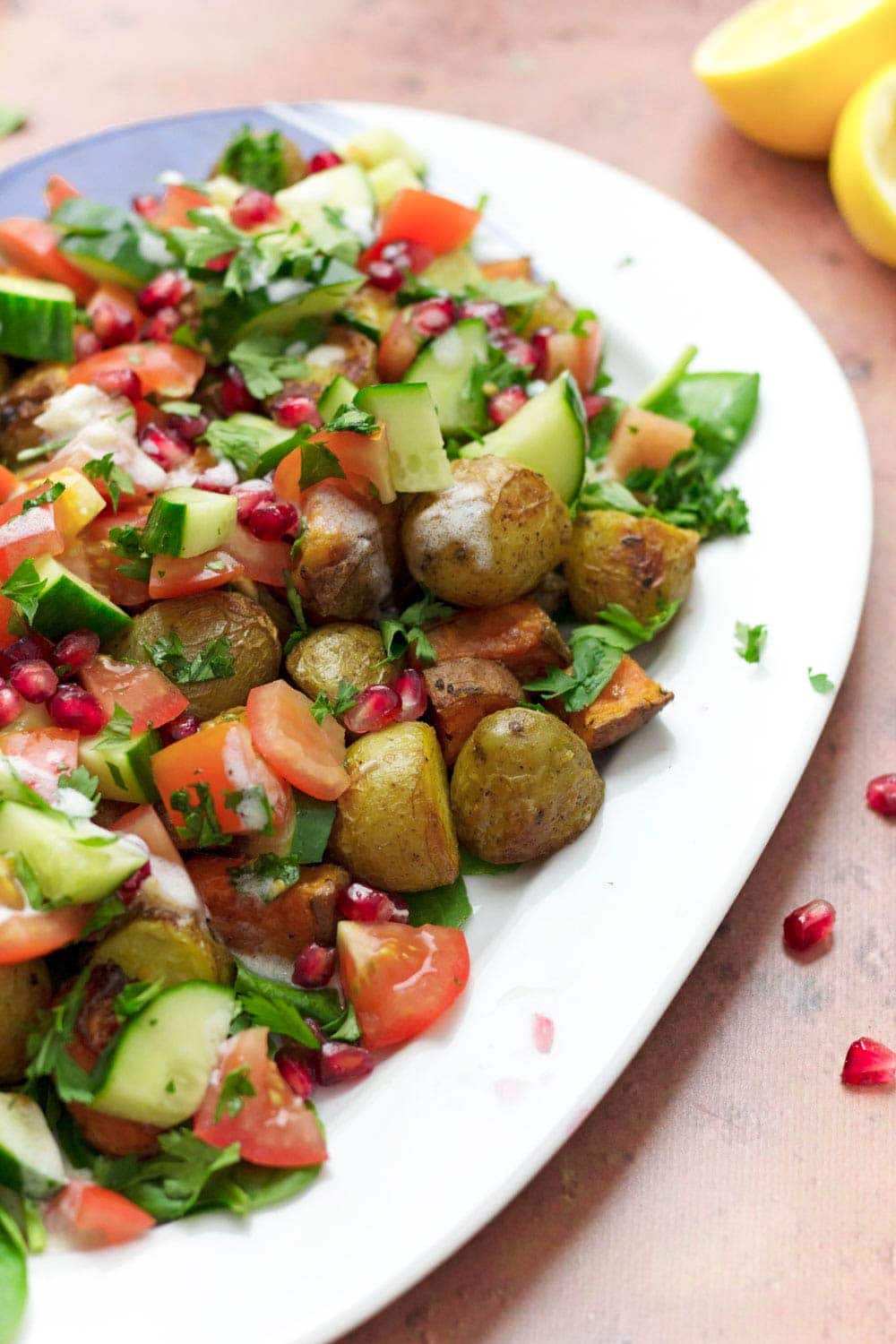 It's a match made in heaven and one you need to use on pretty much every other salad you ever produce. Trust me.

Don't miss all my other salad recipes or try the ones below: 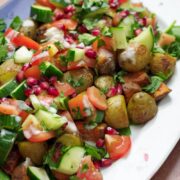