Menemen is a Turkish breakfast dish made with eggs gently scrambled with peppers and tomatoes. It makes an amazing brunch served with plenty of bread.

Simple, easy but so delicious! 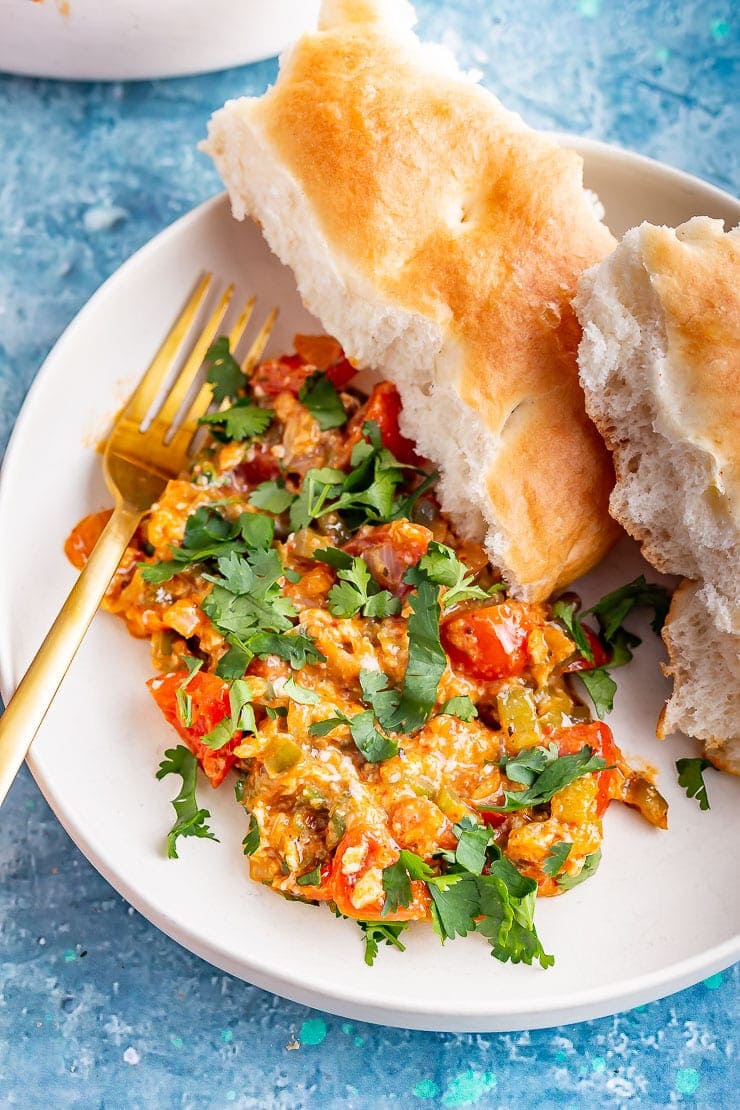 As I've mentioned before, Will is half Turkish and so we're always especially keen to try out any classic Turkish recipes we come across. This one was actually given to us by Will's dad and features my new favourite spice; aleppo chilli flakes.

I am as obsessed with breakfasts as the next person and on weekends it's my favourite thing to have a big tasty breakfast often featuring bacon and eggs but sometimes mixed up with a shakshuka or something completely brand new like this menemen.

It is a traditional Turkish breakfast dish. It's basically just fancied up scrambled eggs and peppers and is a beautiful example of the simplicity of Turkish food. Fry up some onion, green peppers and tomatoes. Add a bit of spice then scramble some eggs gently through the vegetables. We had this with some crusty bread and Greek yoghurt on the side with a little extra aleppo chilli flakes sprinkled on top. 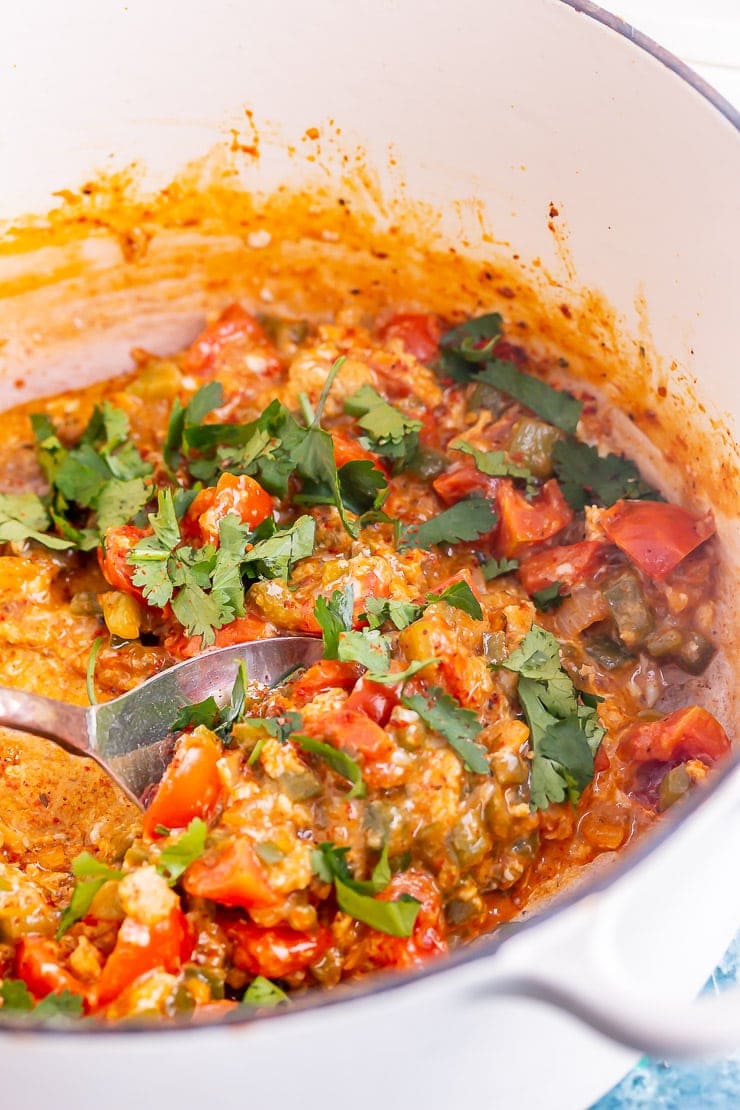 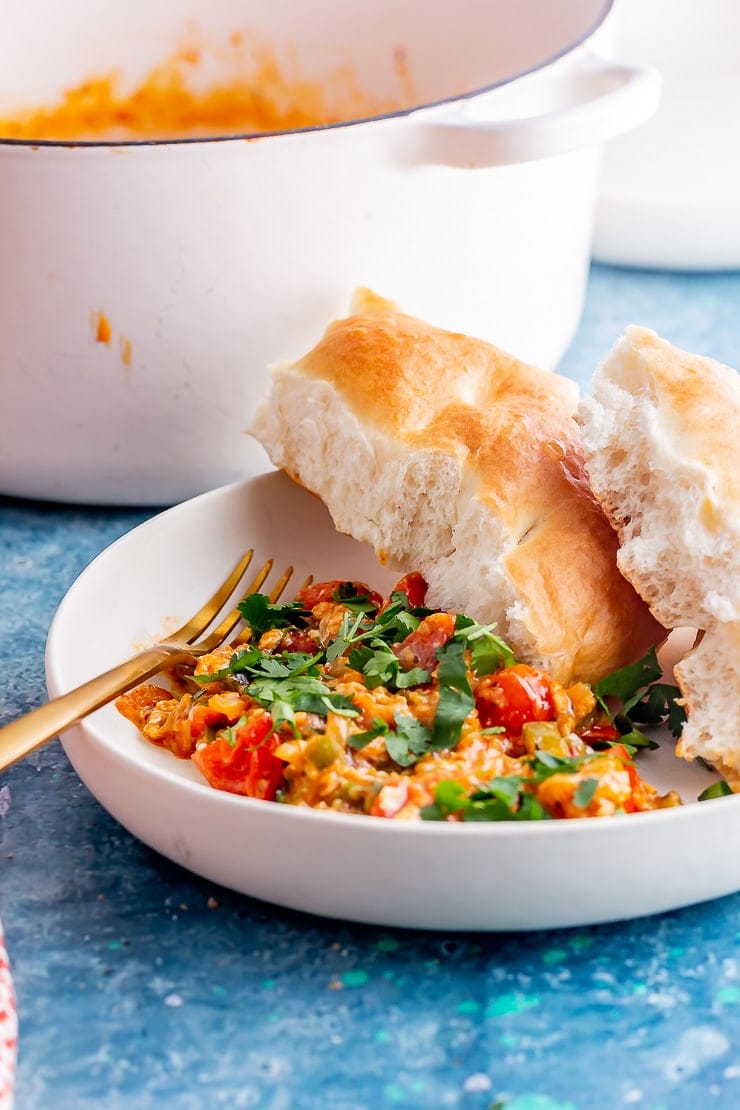 Why we love this Turkish menemen recipe: 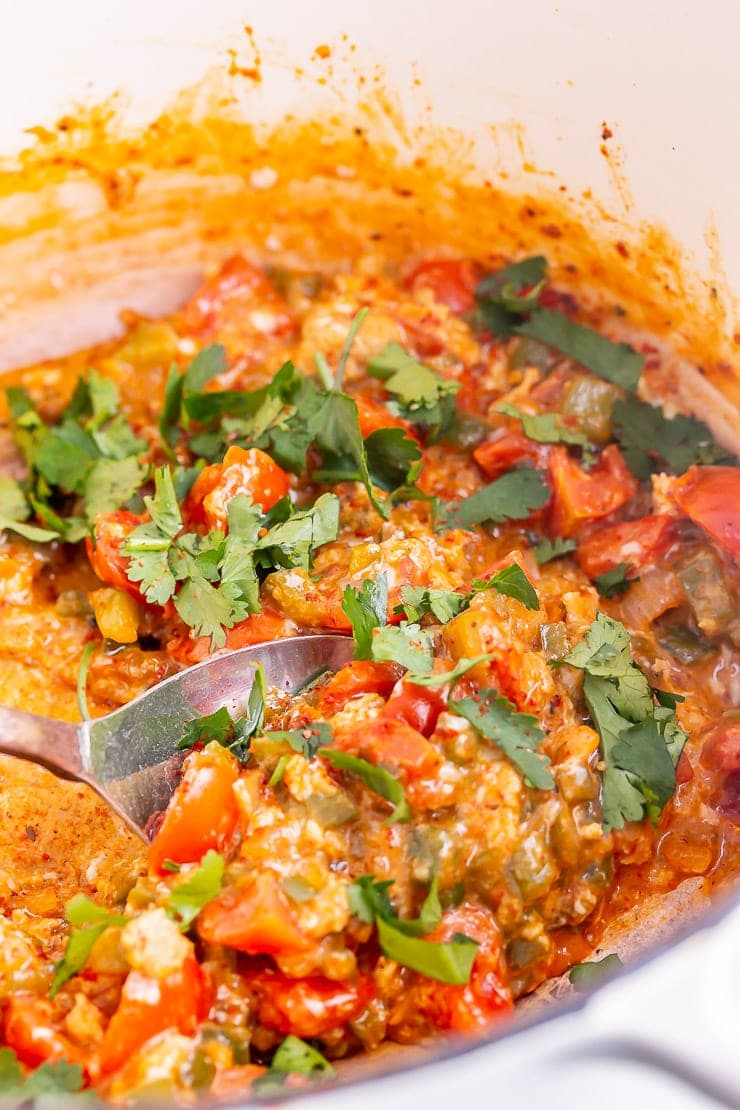 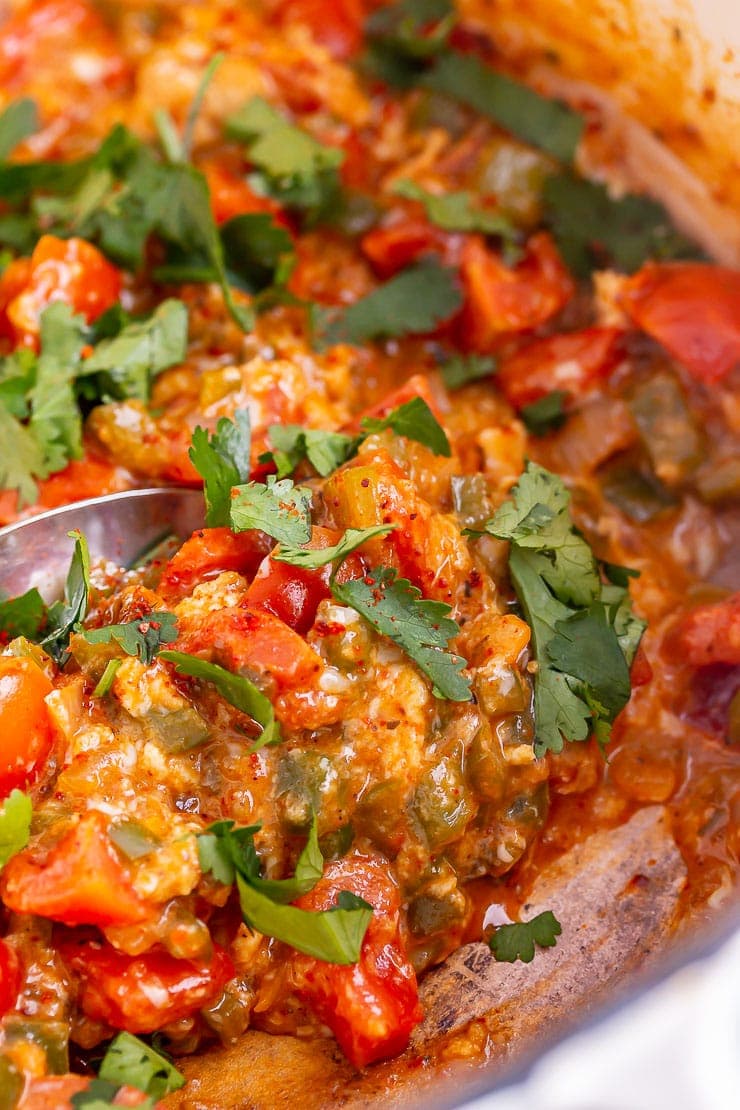 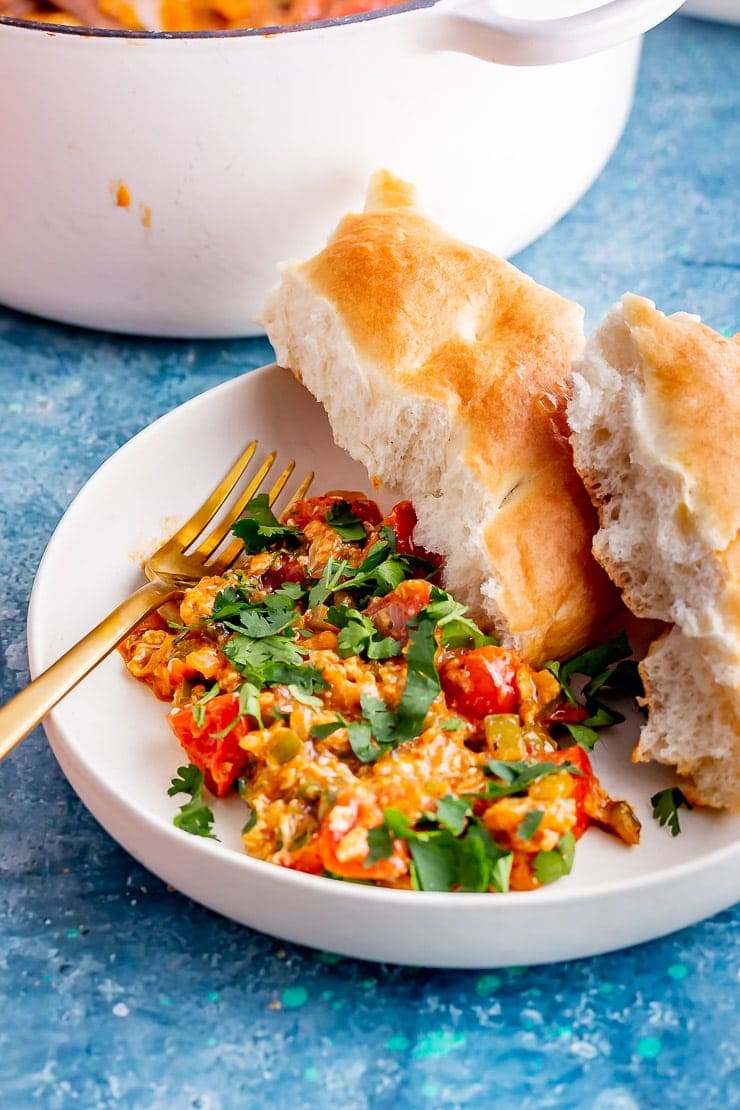 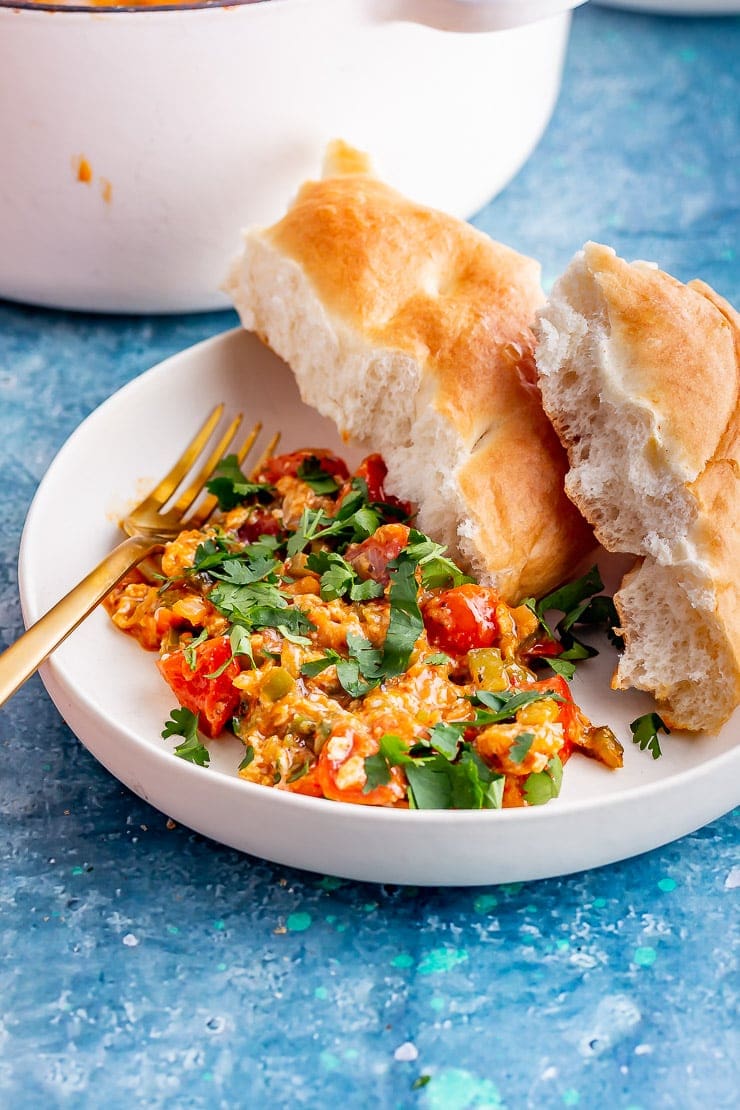 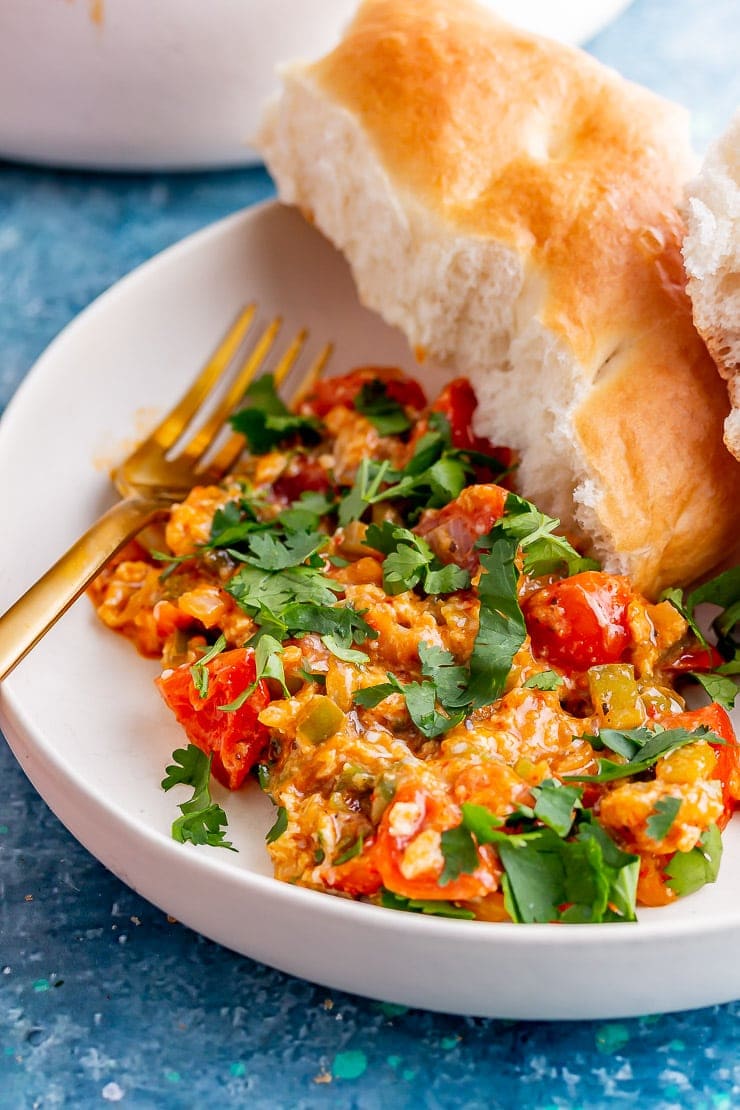 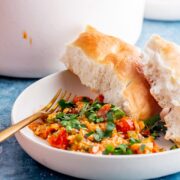 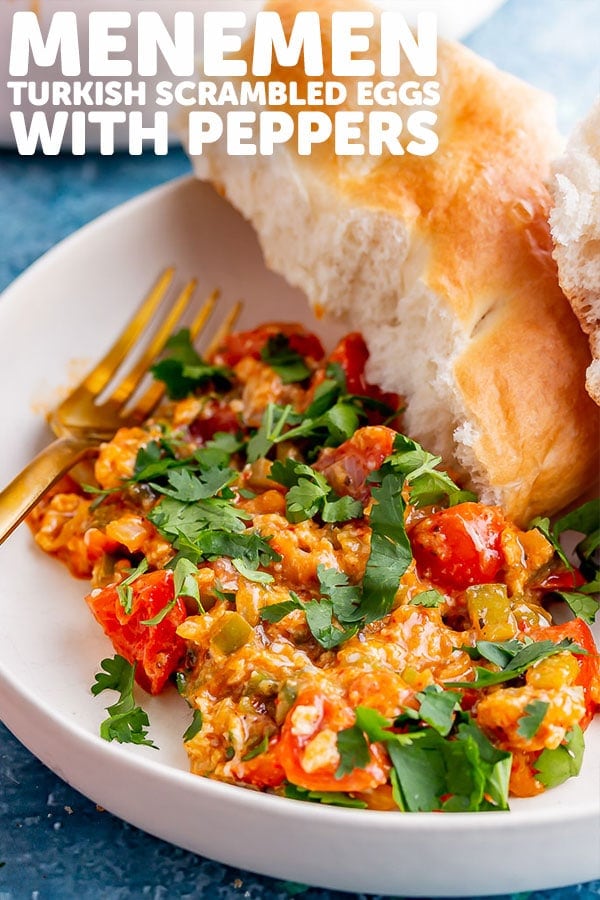